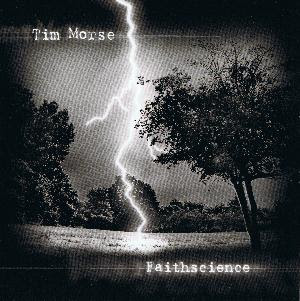 The second album from this US keyboardist and composer.

Tim Morse has help from twenty other musicians on this album. They provides guitars, bass, drums, dulcimer, violins and vocals.

His 2005 debut album Transformation was a good symphonic prog album. You can read my review here. So I had some hope for Faithscience.

Faithscience is so far his latest album too and I have no idea if he has any plans to release another album. He is an author too and I guess he has a lot of other ongoing projects too.

This album is rooted in symphonic prog. There is a lot of neo-prog influences too and some AOR influences. The music is melodic, but still pretty intricate.

A lot of his friends has contributed to this album. But Tim Morse has got the full responsibility here and the music is not as fragmented as I feared.

The music is OK on this album. There is a definate drop in quality from the Transformation album. The music is not exactly shining and this one hour long album is sorely lacking in quality.

It is not a bad album by any means. But it is not a good album either. Hence my rating....