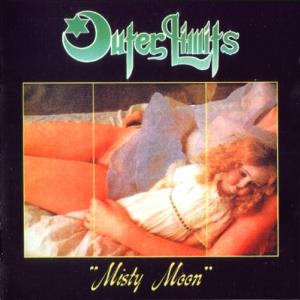 Outer Limits was a sextet with a lineup of bass, violins, guitars, drums, keyboards and vocals.

Outer Limits has been labeled as Japan's answer to The Enid. Unfortunate, I have yet to discover The Enid although I do collect their albums, but have yet to review them.

I have also collected Outer Limits five albums and reviews of the remaining four albums will follow before the end of the year/you can find my reviews of their other albums somewhere else in this blog.

There is still a lot of rock music in their music too. The vocalist sounds like John Wetton and there are also some jazz influences in their music.

There is also a lot of violins and keyboards in this music which is more instrumental than vocals dominated.

The album is just over fifty minutes long and has a lot to offer to everyone into both symphonic prog and eclectic music. The music is very far from being straight forward and it is quite quirky at times.

This is indeed a very good debut album and proves that this band's very good reputation is deserved. I am very much looking forward to let my ears and brain enjoy their four remaining albums.


Posted by Torodd Fuglesteg at 08:17
Email ThisBlogThis!Share to TwitterShare to FacebookShare to Pinterest