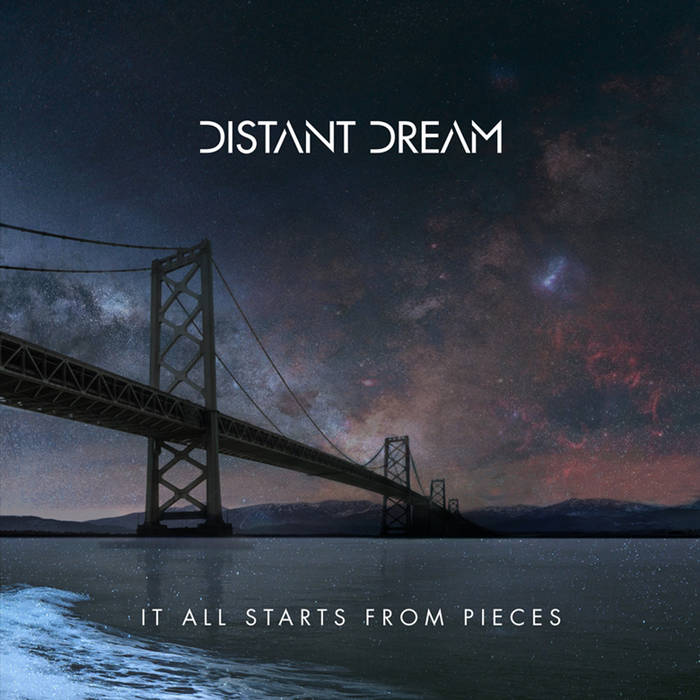 Distant Dream is the project of the guitarist Marcin Majrowski. He has got help from a drummer, a bassist and some guitarist guesting on some of the tracks here.

The album has been released on Bandcamp and you can find the link here.

Gosh..... A guitar album and I am reviewing it. It just turned up on the top of my randomly compiled review list. So I will review it.

I remember those guitarist and shredding albums from the 1980s with a mix of horror and.... well, disdain. They were not my scene.

Marcin Majrowski is actually creating music here. There is a lot of post-rock in his progressive metal. I would even say post-rock is the base camp in his frequent expeditons on the way up his guitars. The music is also a bit ambient and pretty eerie.

And yes, the music is still progressive metal and heavy throughout.

Yes, this is a guitar album with more solos and guitar riffs than I can count on my fingers. But there is also something else here.

A bit more variations would had been a good thing on this forty minutes long album. But it is not a bad album at all. Check it out.

2.5 points
Posted by Torodd Fuglesteg at 04:52
Email ThisBlogThis!Share to TwitterShare to FacebookShare to Pinterest