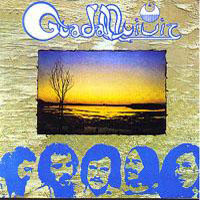 Guadalquivir was a quintet with a lineup of guitars, bass, saxophones, flutes and drums.
The band also had help from a string quartet, hand clappers, piano, percussion and keyboards.

This band released three albums before they gave up the ghost. I will review all of them/you can find reviews of the two other albums somewhere else in this blog.

Guadalquivir has taken their name from a village on the outskirts of Valencia in the south of Spain. That is where the band is from. Which may explain the warmth of their music.

The band plays fusion strongly influenced by flamenco and some Spanish folk music. The flamenco is in most places and is tending to overshadow the fusion here. Well, the fusion is much more jazz than rock music.

The mix of jazz/fusion and flamenco is a very heady mix which has increased the temperature in my freezing cold office by several degrees. My mood has also been changed from rather gloomy to rather sunny.

Besides of being rather sunny, the music on this forty-five minutes long album is also very good. The band really knows what they are doing and the mix of saxophones, acoustic and electric guitars drives this album forward on some really very good tracks. The flutes and hand clapping is also very effective.

This is one of the better Spanish albums and it justifies this band's very good reputation. Check it out.

Posted by Torodd Fuglesteg at 05:40
Email ThisBlogThis!Share to TwitterShare to FacebookShare to Pinterest