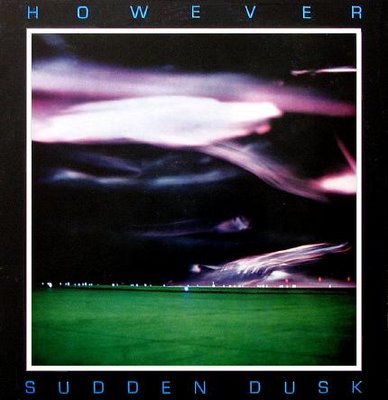 The high praise in ProgArchives and the jazz/fusion label made me purchase these albums. Well, Sudden Dusk is not a jazz/fusion album.

Take the most weird jazzy things from the Canterbury scene and add a lot of Frank Zappa to the mix. Frank Zappa without the vocals, I hasten to add. Add a lot of weird avant-garde jazz too and you get this album.

Something I don't mind at all. This fifty minutes long album though has it's own things going on though. There is a lot of woodwinds and bells here. There is not so much vocals here.

The ten songs here sounds like scetches and not really finished products. The really worked through tracks here are good. The scetches is just frustrating and not so good.


Posted by Torodd Fuglesteg at 05:37
Email ThisBlogThis!Share to TwitterShare to FacebookShare to Pinterest