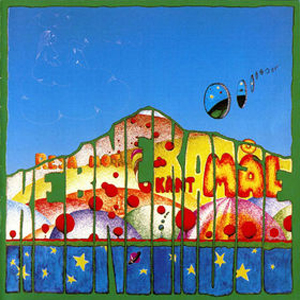 The band was an eight piece big band with a lineup of guitars, bass, drums, chorus and vocals.

This band is a legendary band in the Swedish scene. Their last album, of of in total nine albums, was released back in 2012. There has been some starts and stops in their career.

I reviewed their second and their fourth album for ProgArchives many, many years ago. The reviews are here and here. I will now review the remaining albums from this band/you will find other reviews of this band somewhere else in this blog.

Their debut album, this one, is an untypical album in their discography. The band was previously a hard rock band under a different name, chose a new band name (Kebnekaise.... after the highest mountain is Sweden) and recorded this album. Hence this noisy racket.

There is a lot of hardrocking vocals and instrumental songs here. There is also a lot of krautrock influences here. And a lot of blues influences too.

This album is half an hour long and it throws quite a punch. It is still a funny and life loving album. It is indeed a playful album. And I would rate it somewhere between decent and good.