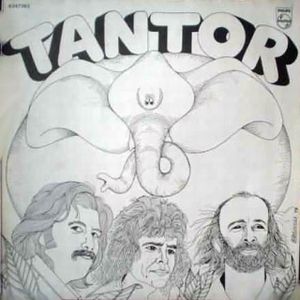 Tantor was a trio with a lineup of drums, bass, guitars and vocals.
The band had help from two keyboards players.

This band released two albums before they gave up. Tantor was a kind of a local supergroup with members from Aquelarre and Invisible.

Tantor's music is fusion. Fusion with some Latin-American rhythms.

The music is mostly instrumental fusion with one exception. There is one vocal fusion track here and it is a good one too. Very good vocals.

The rest of this half an hour long album gives us some really cool guitars and keyboards on some good pieces of fusion. Oh yeah, I can believe those who rates this band as one of the best bands from this continent.

This is indeed a good album and worth checking out.


Posted by Torodd Fuglesteg at 02:22
Email ThisBlogThis!Share to TwitterShare to FacebookShare to Pinterest