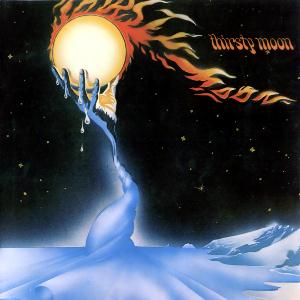 Thirsty Moon released five studio albums between 1972 and 1981. Their first two albums is regarded as their best ones and I am exploring/reviewing both of them this summer/you will find a review of their second album You'll Never Come Back somewhere else in this blog.

Thirsty Moon is a forty-two minutes long album and an interesting one too.

Take a lot of eclectic prog in the vein of King Crimson and Gentle Giant. Add a lot of krautrock and jazz too. Add some spacerock on the top of that. That's kind of where you ends up with this album.

This band has often been compared to Out Of Focus whose first three albums I have just reviewed. I can agree with that.

The quality is also good so I am really enjoying this album. No great songs, though. Nevertheless; check out this album.

Posted by Torodd Fuglesteg at 05:54
Email ThisBlogThis!Share to TwitterShare to FacebookShare to Pinterest