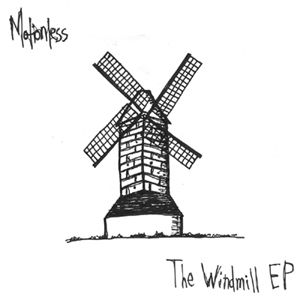 The band was a quintet on this album with a lineup of keyboards, bass, guitars, drums and vocals. The vocals are pretty sporadic and this album is by all intents instrumental.

Do not be fooled by the EP designation on the artwork above. This album is forty minutes long and therefore an album.

What can an album with artwork like this be ? There can only be one answer to that question and that is post rock. Minimalistic post rock too.

I am reviewing far too few post rock albums, I have discovered. In particular after listening to this album and the music here.

Yes, the music is minimalistic with twin guitars creating lots of emotions and the synths/keyboards doing the rest. There is a lot of ebb and flow on this album too. The term "shoegaze" also springs to mind here. This is very much shoegaze post rock.

Primitive, but very effective. And good too. I like the emotions here and the reflective music. The band has given us a good album and one to enjoy. Check it out.

Posted by Torodd Fuglesteg at 05:01
Email ThisBlogThis!Share to TwitterShare to FacebookShare to Pinterest