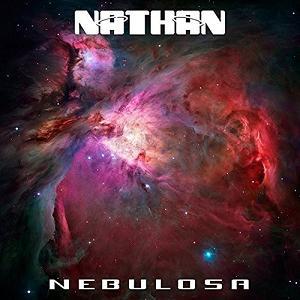 Nathan is a quartet with a lineup of piano, keyboards, bass, drums, guitars and Italian male vocals. They also had help from four guest musicians who provided flute and xtra bass, vocals and keyboards.

Nathan has been on and off active since the 1990s. They have provided with tracks on Pink Floyd tribute albums and some other compilations. In 2010, they decided to write and record their own full lenght album. The result is this album.

As a RPI fan, I have had many reasons to be joyful during the last ten years. The amount of good and great RPI albums from new bands has been very impressive, indeed.

Nebulosa is an one hour and five minutes long/short walk through the more melodic part of the RPI genre. References are Banco and PFM. Of the more modern bands, Logos springs to mind. This album has a very contemporary sound and the music is not particular retro-looking. It does not have this 1970s feel.

There are a lot of good organs, keyboards and guitar solos here. There are no really great songs. But this album still packs a punch and deliver some very great RPI.

This is a very promising debut album and the band has been added to the list of RPI bands I will follow. Check them out !

Posted by Torodd Fuglesteg at 04:15
Email ThisBlogThis!Share to TwitterShare to FacebookShare to Pinterest