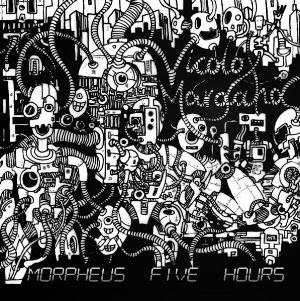 The band was a duo with Francesco Antonelli on keyboards and bagpipes. Fabio Bizzari did guitars and effects. The duo had help from numerous guest musicans who provided bass, drums, woodwinds, keyboards, violin and female vocals. All vocals are in English.

I have not heard their 2008 debut album A Perfect Life. It seems like very few have heard that album as there is not many reviews of it online.

Not many have been listening to and reviewed Morpheus Five Hours either. I have had this album for many years without giving it my attention. Which is bad. But I have not had time to do it.

The first thing that I notice during the listening sessions in bus and home is the wailing female vocals. There is a lot of both wailing and proper female vocals here. It is a bit hard to penetrate this wall and get to the music.

The music is a mix of neo-prog, art rock and electronica. The violin and the woodwinds is good and the guitars are good. But the electronica bit, also taking the female vocals into account, is pretty strong.

The result is an hour of challenging music. Challenging, but not so good music. The end result is a decent album and a band who does not really appeal to me at all.