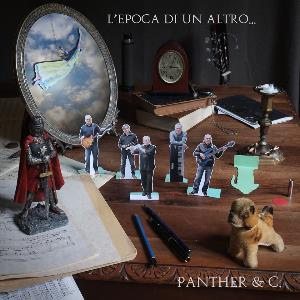 Panther & Co is a quintet with a lineup of flute, keyboards, bass, guitars, drums and Italian vocals.

This band orginates from the Italian band Panthercoisp, whose two albums I have reviewed in this blog. See here and here for the reviews.

Panther & Co is where the band decided that they were good enough to release a proper album. And the result is this album.

The band is a proper Rock Progressive Italiano band. Shortened to RPI in other words. The band is on the more mellow end of the RPI spectrum.

Locande Delle Fate has been noted as a great comparison. The band is also very much influenced by early Genesis.

There is no big bangs and not any hard music here. The music is mellow and pastoral with some good guitar solos, keyboards and vocals. The flute is also very good.

My only gripe with this album is the lack of any great songs. Nevertheless, this is a good album and the band is adding a lot of value to the new, contemporary RPI scene. A scene very much alive.

RPI fans should get this forty minutes long album.

3 points
Posted by Torodd Fuglesteg at 03:49
Email ThisBlogThis!Share to TwitterShare to FacebookShare to Pinterest