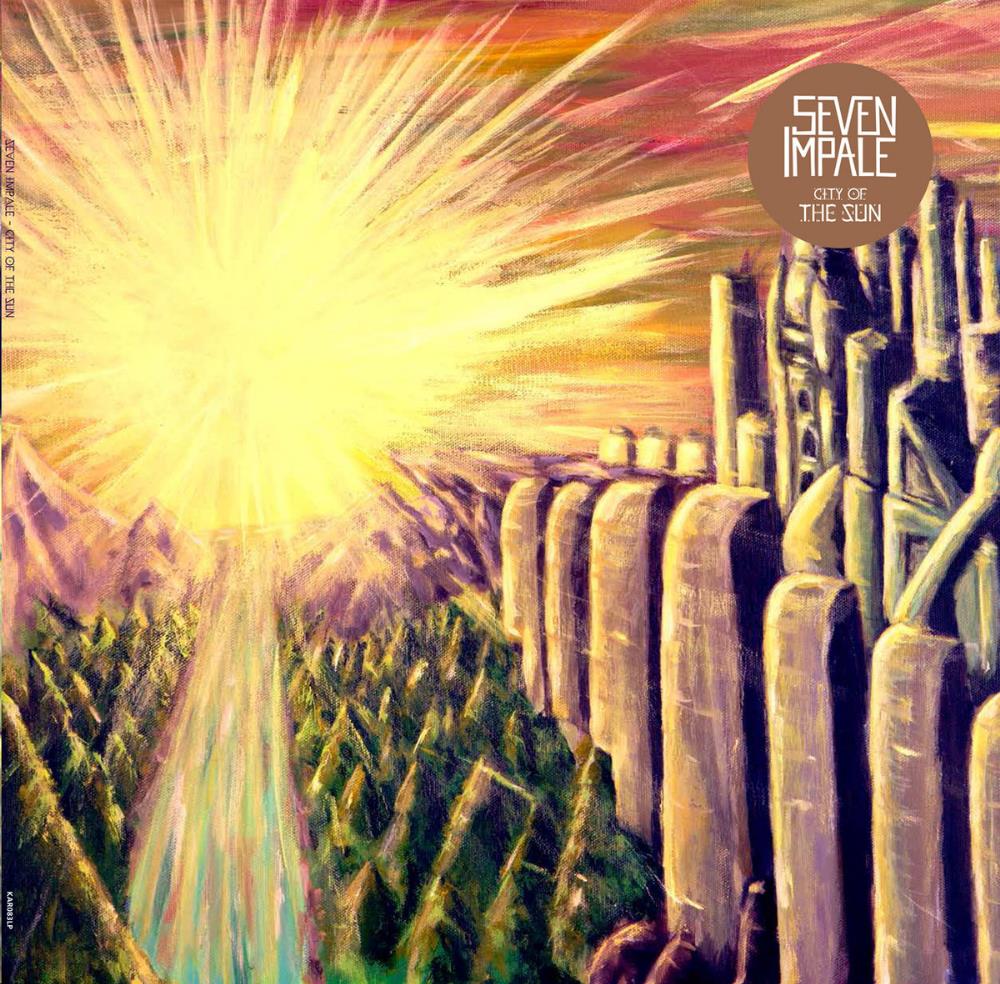 Seven Impale is a sextet with a lineup of saxophone, cello, bass, drums, guitars and vocals.

I have heard about this band for a while.... but that did not prepare me for the shock I got when I put this album on before my first listening session. I was stunned.

Then I read about the origins of this band. They are music academy trained jazz and classic music musicians. And they are trying to play progressive rock of some sort.

To say that the result is eclectic is an understatement. Heavy saxophones and guitars over some naive, yet very quirky eclectic prog is not what I am used to.

I think it is fair to say that this band have their own ideas and style. And that is a good thing. It is called progressive rock, btw.

The album is forty-five minutes long and it is full of quirky, eclectic music. Is the music melodic ? Yes and no. There are a lot of eclectic jazz here and some rather quirky poppy prog. These styles interact in an engaging way. The music never becomes avant-garde though.

The vocals is also very interesting and the vocals styles changes a lot throughout this album. That is a very good thing.

The songs are still not great. But this band has something on and this album is a must-check out for all those into eclectic prog.


Posted by Torodd Fuglesteg at 11:34
Email ThisBlogThis!Share to TwitterShare to FacebookShare to Pinterest