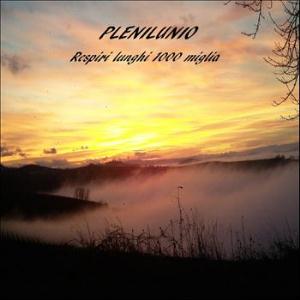 The band is a quintet with a lineup of guitars, bass, keyboards, drums and vocals.

This is another Italian band with middle-aged men who decides to play Italian progressive rock instead of growing old and disgracefully. I totally love this attitude...... and music.

This album is a big nod towards the 1970s and the Rock Progressive Italiano (RPI) scene and sound. It helps a lot that this is my favourite genre.

The music on this forty-five minutes long album is midtempo and not so complex. The references are PFM and Locanda Delle Fate. There is also a lot of Italian pop and mainstream rock in their music.

There is a couple of dubious songs here and the songs are at the more poppy end of the RPI scene.

The vocals from Roberto Maggiotto is very good and an album saver. The guitars and keyboards sound is a bit standard.

Nevertheless, this is a nice album and a good one too. Check them out.


Posted by Torodd Fuglesteg at 12:13
Email ThisBlogThis!Share to TwitterShare to FacebookShare to Pinterest