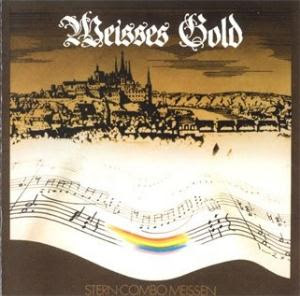 The debut album from this Eest-Germany (DDR) band.

The band was a sextet with a lineup of drums, percussion, bass, keyboards and vocals.

They had help from some narration, a classical orchestra and a choir.

This band were one of the bigger symphonic prog bands from the countries trapped behind the iron curtain after world war II.

The band has indeed released nine albums, the last one one year ago. I got their first two of their albums but may get some more of  them as I am a symphonic prog fan.

This music is more like a piece of classical music adapted to the rock genre. Nice springs to mind here. The album is short... forty minutes long.

The music is almost an non-event during the first five to ten minutes before it become pretty busy towards the end.

There is a lot of keyboards here and a lot of narrations. I am not that strong in German any longer so I do not get the story here.

The music is also baroque and slightly wagnerian in the ambience.

It is a special album and a throwback to the old symphonic prog in the vein of ELP, The Nice and Trace. It is also a good album and well worth checking out.