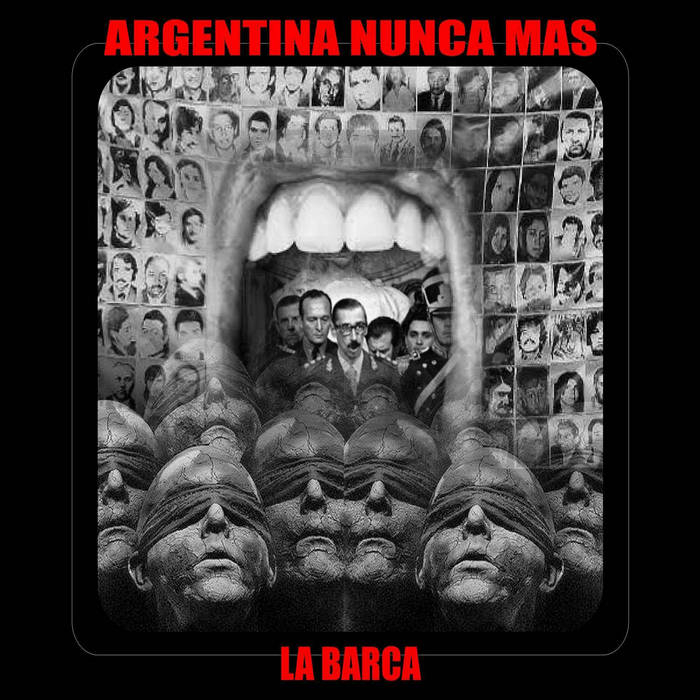 The third album from this Argentine band.

The band is a seven piece big band on this album with a lineup of keyboards, guitars, saxophones, bass, drums and vocals.

I know next to nothing about this band. Their first two albums has just been purchased by myself and will be reviewed next month or so.

The band's origins is in the other big Argentine band Pablo El Enterrado. A band I like a lot. You can see their ProgArchives profile here.

This album is all about those who perished in the very, very brutal military junta repression from 1975 to 1983 in Argentina. Hence the rather disturbing, but totally fitting cover art-work.

The music is some sort of neo-prog with some pop-rock and symphonic prog mixed into the music.
The lyrics is the most important here as the music is not really that interesting.

The music still retain the South-American sound with the typical Spanish vocals. And the music is decent to good throughout these sixty-five minutes. I am not a big fan of the music here and this album. But check it out.


Posted by Torodd Fuglesteg at 12:17
Email ThisBlogThis!Share to TwitterShare to FacebookShare to Pinterest