Approaching the Silence - On These Shores (2019) 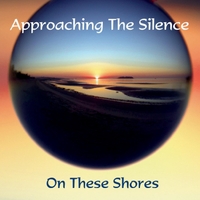 The band is a trio with a lineup of drums, bass, synths, percussion, guitars and vocals.

Their CD Baby page lured me in with promises of music somewhere between Rush, Yes and Pink Floyd. Yes, thank you was my response.

Ditto for the art-work, btw. It promised a lot...

Promises delivered ? The band gives us seventy minutes of mostly singer-songwriter music with some psych elements and some harder rock. Similarities with any of the three bands listed as references ? Faintly but just faint.

This album is much more in the vein of Americana with a hint of psych than progressive rock.

The music is not too bad though. I do not regret getting this album. It deserves some attention. These guys knows their stuff.

Nevertheless, this is a decent album with decent songs and something to build on for the band. Hopefully in a more psychedelia direction next time. That because those parts are working pretty well and should be pursued more by the band.


Posted by Torodd Fuglesteg at 12:40
Email ThisBlogThis!Share to TwitterShare to FacebookShare to Pinterest