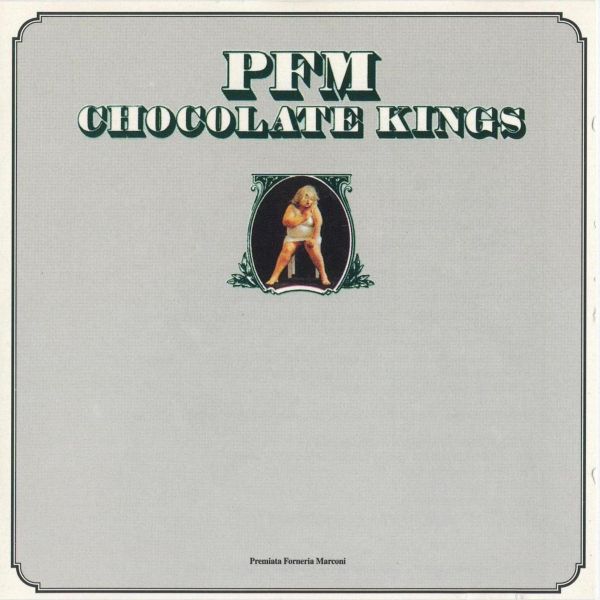 Premiata Forneria Marconi (PFM) was a sextet on this album with a lineup of drums, flute, violin, keyboards, guitars and English vocals.

I have been reviewing their albums very sporadic over the last years. Reviews are here, here and here. I will now review the remaining PFM albums/you can find reviews of other PFM albums somewhere else in this blog.

I rate their previous albums very highly. So I was looking forward to this one.

OK, the English vocals from the Acqua Fragile vocalist Bernardo Lanzetti feels strange. They reminds me very much about Peter Gabriel and takes the band in that direction. Yes also props up as a good reference. But old PFM can only be heard in the flutes and a few bits and bobs along this thirty-seven minutes long album.

I am not hearing much Italian symphonic prog either. This album sounds like an English symphonic prog album with a lot of Kansas elements thrown into the mix too.

I am disappointed. But this is still a good album and one I am reasonably happy with. It is not one PFM album I want to remember them for.


Posted by Torodd Fuglesteg at 13:19
Email ThisBlogThis!Share to TwitterShare to FacebookShare to Pinterest